A “Fireball” at Twilight – and what it means for us

HomeA “Fireball” at Twilight – and what it means for us 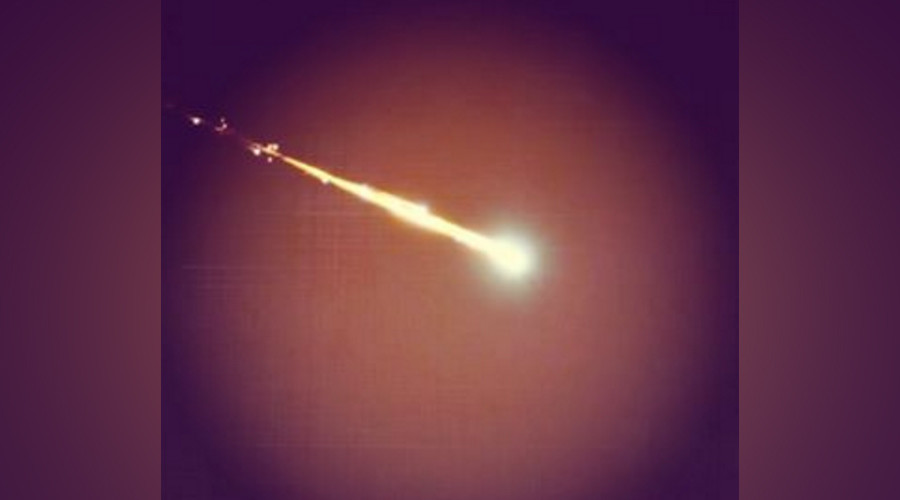 During a recent visit to Phoenix, Arizona, on June 2nd, 2016, I was outside late one night talking on the phone to people in Kenya and praying. It was well past 3:00 a.m. when I decided to head back inside the house to go to bed. Just as I was about to grab the door handle to go back inside the house, the Lord spoke to my spirit and said “No, stay.”

I had experienced a similar instance before in Northern Kenya while visiting missionaries who minister to the Samburu tribe. In the morning I had stepped out of my tent to enjoy the beautiful view of clouds resting on the nearby mountains, when the Lord seemed to say to me strongly to go back inside. I went back inside my little tent and shortly after heard people coming through the bush in our direction. I still don’t know exactly why I needed to be out of view, though we did get robbed later while we were away from the tents. It turned out that some curious Samburu children decided to rummage through our host couple’s tent and take some items that they’re not accustomed to seeing, such as a mirror and make-up, which they later returned.

So in Phoenix when the Lord told me to stay outside longer, I obeyed and proceeded to pace and pray, thinking a lot about the cross, the wonderful things that Jesus accomplished for us when He died on the cross, and then rose from the dead. During that time there was a sudden, huge, burst of light, not far above the tree line, that looked as if the sun had decided to come out for a bit. This was close to 4:00 a.m. In fact, when I looked at my phone after staring at the sky for a little bit, it said 3:58, so I knew it was just before that.
Shortly after the huge burst of light, there was a sonic boom. I sat amazed and asked the Lord what I had just seen and heard. Dawn started to break not long afterwards which seemed early to me, so I checked the internet on my phone to see what time sunrise was to be. When looking at that information I saw that astronomical twilight was to occur that morning at 3:56. Since that seemed awfully close to the time of the burst of light, I decided to study twilight a bit. I learned that astronomical twilight is when the sun is 18 degrees below the horizon, but most importantly, that twilight is essentially the period of time between dark and light.

I went to bed at 6:00 a.m., and after waking up a few hours later I checked online to see if there was news about what I had seen. The first news I saw was from CBS saying that a “Fireball,” or a meteor, had crossed the sky over Arizona, breaking up over Tucson. And amazingly, video on which the comet had been captured showed that it came through at 3:56 am, the same time as astronomical twilight that day.

So what is God saying? That same day I was drawn to Romans 13:11-12, “Do this, knowing the time, that it is already the hour for you to awaken from sleep, for now salvation is nearer to us than when we believed. The night is almost gone, and the day is near. Therefore, let us lay aside the deeds of darkness and put on the armor of light.”
I believe that God is saying to be alert, and be encouraged, because night is drawing to a close and the day is at hand. We are at twilight time! Between this world as we know it and the New Jerusalem that we all look forward to. As we see everything that can be shaken being shaken, it’s not time to retreat or retire, but to re-fire and head towards the battle, and write pages of history that can only be written at this time that we are so privileged to be alive in. Though the apostles and prophets and disciples wrote about this time that we’re in, we are the ones chosen to live in them. And all that Christ did on the cross is still what the world needs to hear about, believe and put their trust in. That eternal, redeeming love and soul saving sacrifice. The fire of God will enable us to do great exploits for Him in these days. Ask for the fire of God. Then we can witness the Kingdom of God spread like a “fireball” across this twilight we’re in as we step out to do His will. “I baptize you with water for repentance. But after me comes one who is more powerful than I, whose sandals I am not worthy to carry. He will baptize you with the Holy Spirit and fire.” Matthew 3:11

So be encouraged and stay in hope. And ask the Lord what stories He would have you to write on the pages of history as you set out to do His will here on earth at this extraordinary time. God bless you!